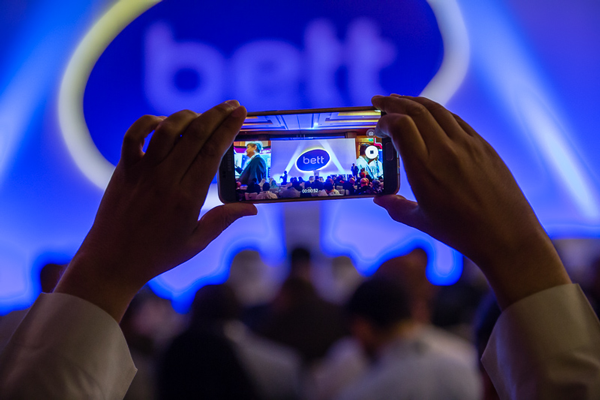 Here at Bett we’re passionate about Education and Technology. We conduct in-depth research throughout the year to keep ourselves up to date with developments across the Middle East and Africa region, and ensure we’re providing the most relevant content at Bett MEA 2018.

Some of the regional educational news and insights we’ve discovered this week include:

EGYPT has announced plans to construct a space station, which would make it the third country in the world to have one. The Minister of HE and Research, Khaled Abdel Ghaffar announced their first satellite will launch in July 2018. Read more.

USAID & the American University in Cairo have announced a new project to establish 20 university centres for vocational development to provide students with training in the fields of leadership, entrepreneur and vocational communication, and qualify them to enter the work market. The Director of the USAID mission in Egypt said that the centres would serve more than 70% of the students of the Egyptian governmental universities. Read more.

The Kuwait Foundation for the Advancement of Science is helping UNICEF to provide educational support to Syrian refugee children in Jordan with a contribution of $2.9million from. Alongside learning support, they are focusing on vocational training opportunities for secondary-level that include technical and soft skills training to help increase their employment opportunities. Read more.

The Kaduna State Governor Nasir El-Rufai has said the government sacked over 22,000 teachers because they were unqualified for the role. A report revealed that 83% of teachers scored less than 25% in Maths and Literacy exams. They will look to hire 25,000 new teachers. Read more.

A recent LinkedIn report shows that an increasing number of professionals in Saudi Arabia are taking up roles in government, education and non-profit sectors and moving away from traditional oil and gas roles. This has risen by 3.5% from October 2016. This reflects Saudi Arabia’s Vision 2030 which aims to reduce their dependency on oil and gas and move towards a knowledge based economy. Read more.

The government plans to build 31 new technical education institutions worth $346 million. They aim for 32% of high school graduates to enter into technical training and to have 950,000 working in technical and vocational trades by 2020. Read more.

President Zuma has announced that free higher education would be made available for students from households that have a combined annual income of R350k (£21,000). This comes as a response to protests that fees were too high. Read more.

Results from the Progress in International Reading Literacy Study which measures literacy rates has revealed that up to 78% of Grade 4 SA learners are not able to read in any language. South Africa ranked last out of 50 countries that took part. Read more.

The Cabinet has approved the National Strategy for Higher Education, which sets out to build and achieve the highest scientific and professional education standards to serve the UAE’s future generations. Another key aim is for UAE universities to feature in the world’s top 100 universities. Sheikh Mohammed bin Rashid, Vice President, Prime Minister and Ruler of Dubai said: "The National Strategy for Higher Education seeks to provide future generations with the necessary ‎technical and practical skills to drive the economy in both public and private sectors. It also aims to ‎prepare a generation of Emirati professionals to sustain growth in vital sectors and compete with the ‎best countries in the world." Read more.

The new Minister for Artificial Intelligence (AI) is working on a roadmap for the future. He said that AI tools will be implemented across education and employment sectors to ensure ‘next generations are gainfully employed’. He said: “The UAE has already taken a big step in training students in coding and programming, and now our role will be to work with the education ministries to include AI in the curriculum of higher grades. The next generation, which already knows coding, will be fully prepared for AI,” he said. Read more.

The UAE has donated £11.2 million to support education in Gaza in cooperation with UNWRA. The grant will provide a safe educational environment for approx. 15,000 refugee children by keeping their schools clean and healthy, will help develop curricula and skills and provide educational materials. Read more.