Makerspaces: The Fluid Case of an EdTech Adoption, and EdTech Trend Repercussions in Motion 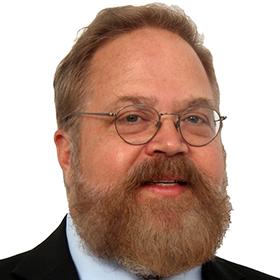 What am I thinking about these days re: “EdTech”? Well, I had the honor of serving on the Expert Panel of the New Media Consortium’s K-12 Horizon Report for five consecutive years. Focused on K-12 institutions worldwide, both private and public, the publication described trends/challenges and predicted the adoption timelines for various educational technologies. What always fascinated me the most about the research involved was how inevitably the trends, challenges and the technologies were inextricably intertwined. For example, the trend of people seeking Deeper Learning Approaches corresponding with the adoption of Virtual Reality. Here I’ve picked a few other instances to examine.

A couple of important trends: Students switching from being primarily consumers to creators, and teachers rethinking their roles (or having their functions redefined by others). Challenges? Well, there’s always budget and other tangible limitations. Plus the resistance to change on the part of educators, and other more ethereal factors. But the spectacular growth in acceptance of what’s being called the “Maker Movement” (more like a revolution!) is spearheading welcome change across all spectrums. A “Makerspace” (they’re called different things in various environments) is basically just a location where kids can create stuff. It enables learners to literally take their learning experiences into their own hands. Even the most diehard traditionalist teachers understand how ineffective (not to mention silly) it would be to attempt direct instruction in such a do-it-yourself setting. It doesn’t matter if educators are not actively serving as supervisors in these situations - I’ve never seen them remain spectators in a Makerspace for very long. Getting involved with whatever is being made is irresistible to both adults and youngsters. If your school has a spare room, it can be your first Makerspace. There’s nothing necessarily complicated, there are certainly no rules. Just about every school can afford cardboard and other simple building materials. The possibilities scale up from there, in direct proportion to investment.

This is the point where educational technologies adoption comes in. Robots always come to my mind first when someone mentions a Makerspace. If you can’t afford Lego EV3 kits, there are cheaper alternatives such as Raspberry Pi and Arduino board sets. Not even a hermit living in a cave has managed to avoid the news that robots, along with associated artificial intelligence, are among the most important components of The Fourth Industrial Revolution. Robots by definition involve programming – another skill that just about everyone agrees is useful for students to develop and nurture – and not just for STEM/STEAM careers! Programming has been proven to assist with general problem-solving, task breakdown, etc. I love teaching programming primarily because of the project management skills involved. I never make students invest too much time or effort in any particular language, as whatever they're using now is likely going to be obsolete soon. Far better, I’ve found, is to give students the “scaffolding” required to be able to code in any given tongue quickly and efficiently. Being a generalist is much more valuable than being a specialist.

Next on the list for a Makerspace? 3D printing. Students making things…from “nothing”! Not great just because of the engineering skills required, but also for the cross-curricular (or interdisciplinary) possibilities. Remember, as schools become more STEM/STEAM-centric, the outdated notion of teachers only teaching certain subjects will become even more obsolete. Regarding the work involved with 3D printing, Art and IT form perhaps the coolest combination, with students using (sometimes very sophisticated) software to create their masterpieces. The rewarding part being that the students can hold their works of art in their hands. I’ve been using virtual worlds and associated technologies in the classroom for many years, and I can testify that few things get students more motivated than the anticipation of not just looking at their creations on a 2D monitor, but actually being able to make them physical! I love having excited and involved students!

Students are doing more for themselves and teachers are correspondingly serving more as coaches than traditional instructors. Best example of how (or why!) this is accomplished is a Makerspace which is, in itself, an EdTech trend in addition to an adoption. Challenges include the usual lack of funds, space, etc., but as mentioned, these obstacles can easily be overcome - at least to get the Makerspace started. Robots are great for design, hands-on building, programming, etc. The gadgets represent everything you need for implementing and/or improving a STEM/STEAM program.

Back to the big-picture end of the spectrum, something else that all of this involves (and defines!) is technology integration in a school, and what’s vital is that all teachers do it. The fact that a school isn’t by definition STEM/STEAM is not an excuse for the IT Teachers to be exclusively executing every task that entails computer usage. This comes full circle to redefining roles, and also back to the ever-expanding variety of hardware and software being developed, improved, etc. There’s something for everybody! A teacher doesn’t have to be a hardcore geek programmer to participate in a game design project.

With today’s IT projects, there are roles for a wide variety of people, including writers and artists. Their involvement encourages student motivation. Lately, I’ve found this to be most dramatically evidenced by girls wanting to get involved with IT subjects because they witnessed teachers getting excited by working with robots. The teamwork necessitated by such projects are duplicated as work is done in real life, which means we’re preparing students for college, work and beyond.

See more from our agenda ►